The ONEWAY chuck is operated by two levers. There are four lever holes in the body, and three holes in the scroll. This design creates a constant differential which allows one-handed tightening. Levers are made from high strength steel and will not deform or bend in use. This prevents damage to the holes in the chuck.

Utilising our revolutionary zigzag base jaw slide design, this base jaw design gives 50% more contact area which adds to the longer life and easier operation of the chuck.

Capacities of the Oneway Chuck with standard #2 Jaws:

The chuck weighs approximately 4.5 lbs (fully assembled with the No. 2 Jaws). It is considerably lighter than the Stronghold chuck (at 8 lbs) which makes it a very desirable chuck for mini and mid size lathe owners who want a power grip, lever operated chuck.

The jaws of the ONEWAY Chuck are compatible with the jaws of the newer TALON Chuck. However, because of the Talon's smaller body diameter, if you use ONEWAY Chuck Jaws, there will be some areas where capacity overlap between jaw sets will not occur. 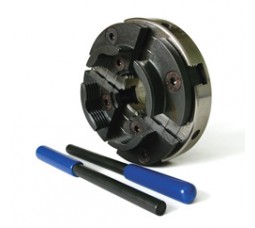 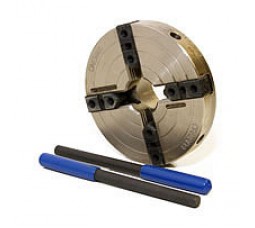 BODY ONLY PACKAGEDo you have extra jaw sets and are sick and tired of changing them?Consider purchas..